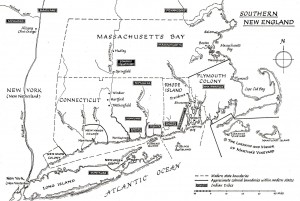 I thought I knew where most of my family roots led back to, or at least I was confident we would not be tracing back to the very beginnings of the country in New England. But as with most families who have  roots stretching back to before the Revolutionary War, I should have known there was a high probability we would discover a trail back to those settlements we all learned about in school.

And given I am writing this the day before Thanksgiving 2014, it should also not surprise me (anymore) there may be a path back to some of the major players in the first Thanksgiving in 1621. Interestingly enough, if there is a path it runs along the Native American tribes who were inhabiting the Plymouth Colony at that time [click image above for a larger version].

This discovery takes many twists and turns, and brings my Father’s family into a major genealogical debate. The puzzle involves an Indian Princess named Mary “Little Dove” Hyanno, and the possibility she was married to my 1oth Great Grandfather – Sgt William Cornwell [see image below]. The connection between my father and Sgt William Cornwell is clear and apparently unambiguous. 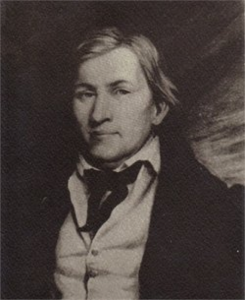 The controversy surrounding Mary Haynno involves similar, unsubstantiated claims by another family – the Bearse. The claim was made by one of their own in the early 1930’s, apparently as part of an effort to claim American Indian Heritage. As with most debates, there are pros and cons on both sides and neither has been able to produce a strong case.

In the matter of the Bearse claims – laid out in an unpublished manuscript called “Who Our Forefathers Really Were. A True Narrative of Our White and Indian Ancestors,” by Franklin Ele-watum Bearse circa 1933 – a professional genealogist named Donald Lines Jacobus published a point-by-point rebuttal in 1938-39 that pretty much called the Bearce claims into serious question.  It is reprinted here.

The theory for Mary Hyanno’s marriage to Sgt William Cornwell [sometimes Cornell] has yet to develop much foundation either. It comes from a reference from a now defunct genealogy company, without sources or evidence.

So into this fray I will jump. As noted in a 2006 article in The Middler [a newsletter for the Society of Middleton First Settler Descendants], the topic has yet to be resolved one way or the other. The final recommendation I take to heart:

In this editor’s view, the best course is to rigorously apply to one’s work the highest standards of genealogical proof. (“Evidence! Citation and Analysis for the Family Historian” by Elizabeth Shown Mills, FASG, comes to mind). Then, if so inclined, one can compile all the circumstantial evidence and legend, but keep it quarantined from the rest of the sourced genealogy.

Being of a scientific and engineering research background, where math and physical laws must be obeyed and theories postulated and assessed, I feel very comfortable setting a high standard for the challenge.

So in the next four posts I will:

A timeline of documented fact is in order, since it is against this timeline any theoretical postulation must be assessed. But first, a knowledge of the regional geography is also important since the one element the Bearse claim does have is the fact a Bearse ancestor did immigrate to the region (Barnstable, MA) where Mary Hyanno’s tribe was located.

Mary Hyanno was of the Cummaquid Tribe, as illustrated in the following sketch [click all images to enlarge] 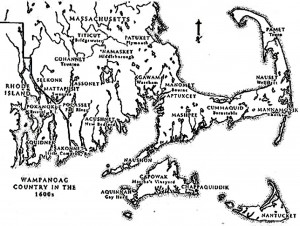 The Cummaquid Tribe was located on the bottom of the Cape Cod Hook in the region of Barnstable (north shore) and Hyannis Port (south shore). In fact, Hyannis Port is named after Mary Hyanno’s grandfather and father.

Also note another key tribe up on the Eastern shore of the continent: the Patuxent.  This tribe was decimated by disease prior to 1620, and it was upon their abandoned fields the Plymouth Colonists would land and begin their journey in America. It is also the tribe of one Squanto, a famous Native American in New England history.

As noted, the Cummaquid tribe lived in what would become Barnstable (where Austin Bearce appears). The following diagram shows the early settlements of Cape Cod and their settlement and establishment dates: 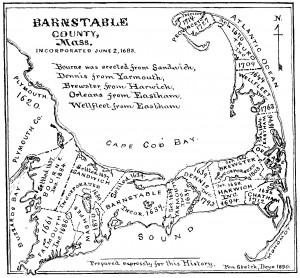 Some dates of interest are worth pointing out to establish some more context:

We will delve much more into these dates (and more) as we proceed further. But most of these are dates of record, not conjecture as far as I know. The one exception would be the claim of marriage between Austin Bearse and Mary Hyanno.

Back to the Indians for now. The Cummaquid [or Mattakeese/Mattachiest] were part of the Nauset Indian alliance, which in turn became a tributary to the Wampanoag indian federation. Mary’s Father and grandfather were both Sachems (Chiefs) of the Cummaquid tribe. Allegedly, Mary’s grandmother was a Narrangsett Indian Princess, being the daughter of the Grand Sachem Conanicus.

The Nauset-Wampanoag federation spanned Cape Code, as seen below: 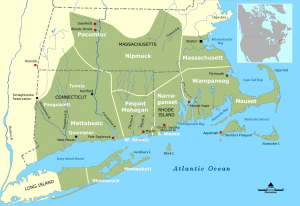 It is the Wampanoag who help the Plymouth settlers to grow local crops and survive, leading to the First Thankskgiving in 1621.  It is the Pequot War in 1636-1638 that brings Sgt William Cornwell both west (we will find him soon in Hartford CT as an early settler) and into long and close relationships with the Indian Tribes of New England.

I will end this post with a bit of a tease (and foreshadowing). William and his first wife join a very interesting church in Roxbury, MA.  It was run by one John Eliott, Apostle to the Indians. He and other notable figures of history were firm believers in reaching out to the natives, as well as paying them for lands (as opposed to conquering the Indians and taking the lands).

It was fascinating to learn that the very first bible printed in America was by John Eliott in 1663, and was printed in the Algonquian language.

With the help of Native Algoquin translators such as John Sassomon, Job Nesuton, and James Printer, John Eliot created a written language for a primarily oral one, and in doing so altered the lifestyle and consciousness of the Wampanoag people to whom he introduced literacy (Wyss, 19).

It was also fascinating to learn that the Nausett Indians were the first to become Christianized, and merge with the Europeans. It also turns out the oldest Native American Church is in Mashpee, MA, which was created by the Wampanoag tribe.

My family tree reaches back into many areas of this region, and includes other families who where participants in the conversion of Indians of New England to Christianity.

So there is more than a fleeting opportunity for Cornwell and Hyanno to meet.  And there were possibly reasons for the meeting, and maybe a marriage.

Sgt William Cornwell was a leader in early New England who worked as liaison between the Indians and Settlers to acquire lands for many current cities in the region. He was a worthy partner for a Indian Princess whose family roots led back into famous Grand Sachems who were also powerful forces during this time. It is hard to believe an Indian Princess would wed below her stature, as claimed by the Bearse clan.  But is is not uncommon for Indian Princesses to marry European leaders and begin to bridge the divide between Natives and Europeans.

The following posts will explore this possibility: